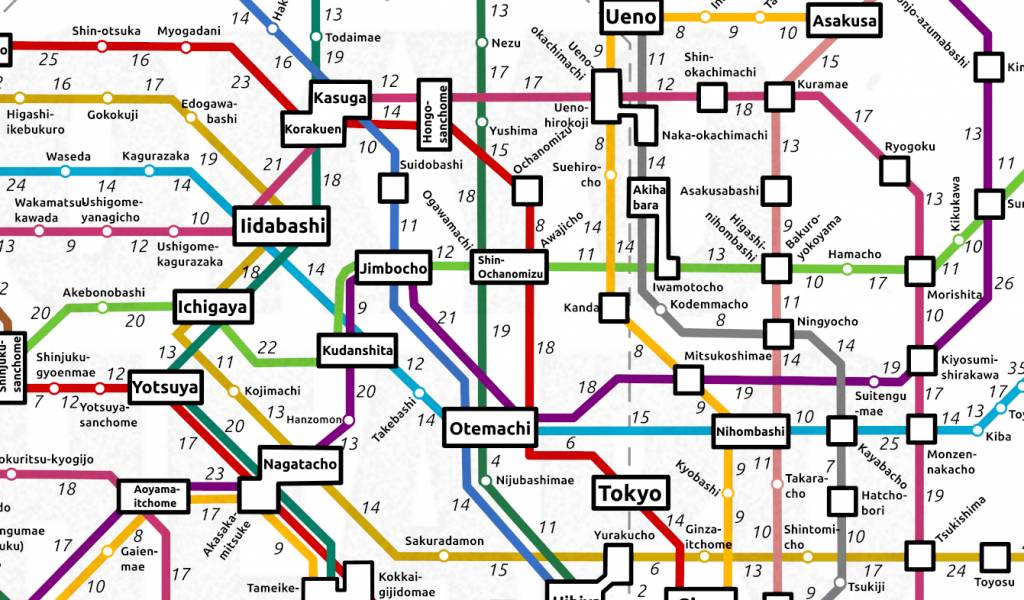 Orignally inspired by London’s Walking Tube Map showing the walking time in minutes between London Underground stations, Tokyo Cheapo has produced (and revised) a walking map of the Tokyo subway system to both save you money and help you to walk off that 1,000-calorie bowl of lunchtime ramen.

View the map in its glorious entirety here.

While we would love to impress you by telling you we walked the entire 304 km (189 mi) of the Tokyo subway system, we got the walking times from good old Google Maps, so they’re not exact! Actual times may vary by a few minutes, especially as some stations are huge.

Suggested Activity
Sushi Workshop & Lunch
You like to eat sushi, but have you ever tried to make it? Not as easy as it looks, is it? This workshop, followed by lunch, unlocks the gate of sushi for beginners. Get ready to roll with a hands-on class on how to make several classic sushi varities. Allergens and special dietary requirements can be accomodated - just let ...
Click here for details

The shortest to walk from end to end is the Ginza Line at 3 hours and 10 minutes while if you feel the need to walk the lasso shaped Toei Oedo Line, you’ll be on your feet for 9 hours and 45 minutes. But just think of that 319 yen you now have to spend on yourself!