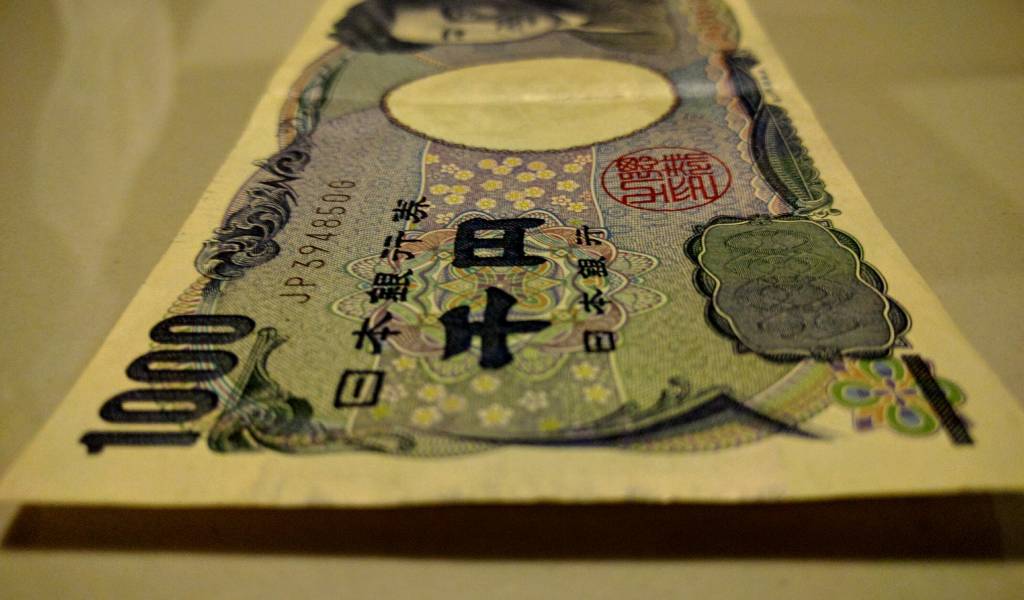 The Best Way to Transfer Money to Japan

Being the international cheapo that I am, I’ve battle-tested all sorts of methods to send money to Japan. In this article, I chronicle the results of my quest.

tl;dr: One of the cheapest and best ways to transfer money to Japan is through OFX. Bonus: Sign up here and mention Tokyo Cheapo—they’ll give you a special account with NO transfer fees. Cheapo win!

Came here but actually looking for something else? If you’re a tourist looking to exchange foreign cash for yen, go to this article. If you’ve been here for a while and want to send your yen home, check out our transferring money out of Japan article.

Most people default to using their bank, but this is often the most expensive option—especially if you’re transferring a large amount of money. I confess this was my folly for my first two years in Japan.

Banks typically give you poor exchange rates (my bank would give me around 4% off the interbank rate), high fees and slow transfer times. Moreover, you typically have to phone during branch hours in the sending country (which might be the middle of the night in Japan), wait through hideous hold music, etc.

In addition, if you are a resident in Japan, it may be tricky to open a new bank account “back home”, as you generally have to be resident in the country of the bank, providing proof of address and all that.

Using PayPal or remittance services to send money to Japan

PayPal and Western Union are alternatives to banks, but in my opinion they aren’t really much better than banks (maybe worse even).

PayPal charges as much as 3-4% for normal transfers, plus they have a fairly low transfer limit (unless you’re a Business user), so they are not much use for sending very large sums of money. That said, some cheapos have had success sending money from a bank in their home country to their PayPal account in that country, and from there to their Japanese PayPal account and then Japanese bank. They’ve found this to be a cheaper method than using bank-to-bank direct, though a time-consuming one that requires much jumping through hoops (verification and so on) and investigating of receiving charges.

Western Union has been in Japan since 2010 and is growing in popularity, but its transfer process can still be a bit cumbersome and costly too, once you factor in exchange fees. The only plus about services like these is that you can typically use them via an online interface and don’t have to deal with your bank’s call center, which is likely outsourced to another country.

Note: GoRemit from Shinsei Bank is a name you’ll hear often when talking about transferring money to Japan—but alas, it can only be used for sending money OUT of Japan.

This remittance service *is* actually a pretty good way of sending money to Japan. Wise (formerly TransferWise) is easy to use and not too pricey, either. You’re looking at a fee of between 0.5 and 1% (or even lower), depending on the currency you use—and as long as the amount is relatively small, there are none of the heinous receiving charges mentioned later in the article, or exchange rate rip-offs either. Turnaround time for transfers is usually two days, but can be faster.

The downside? Wise is only available in a limited number of countries. Also, note that large transfers, i.e. amounts over 1 million JPY, are processed through SWIFT, and the receiving bank in Japan “may charge a small receiving fee of their choosing”.

If you open a Wise multi-currency account, you can receive payments from abroad in 10 different currencies.

Available to residents of Japan from September 2020, the multi-currency, or “borderless”, account is aimed at people who need bank accounts in more than one country, for work or other reasons. Several members of the Cheapo team swear by Wise.

XE also offer a global remittance service, called XE Money Transfer, which allows you to send amounts in JPY from your account. Fees appear to be minimal.

OFX: The cheapest and best way to transfer money to Japan

After all my trials and tribulations, I discovered OFX—the currency exchange provider. They facilitate foreign currency transfers direct to your bank account. For me, they win on all counts:

Not only that, they have a series of tools, graphs and facilities to help you make the most efficient foreign currency transfers.

Cheapo Special Offer: I reached out to OFX and negotiated a special deal for Tokyo Cheapo readers, so if you sign up here and mention Tokyo Cheapo, they will waive the transfer fees (normally around about 12USD) on all your transfers! Forever. Yes. Forever.

Note: OFX is currently unable to offer services to long-term residents of Japan. However, they are able to assist clients residing elsewhere.

A big factor affecting your money transfers to Japan is fluctuations in the exchange rate. If you’re moving to Japan and need to transfer a large sum, for a property purchase for example, the exchange rate is constantly moving—so it can either go for you or against you, having a big impact on the amount you get at the end of the day. As real estate investments have a fairly long time horizon, the risk is high that the exchange rate will have moved by the time you transfer your money.

To manage your risk, a specialist can offer you a “forward contract”. These contracts allow you to lock in an exchange rate for a date in the future; that means you’re buying now but paying for the full contract at a later date. If you are making or receiving regular payments, you can also lock into the rate today and make sure you get the same rate on monthly or quarterly payments for up to a year.

Another tool many people use is a “limit order”. This is when you specify the rate you want and your foreign exchange provider then watches the rates for you. If the rate goes to your desired level, the provider purchases the currency at that rate. Limit orders are especially helpful because most people cannot watch the actively fluctuating foreign exchange market all of the time, and so they might miss out on a favorably spiked or short-term exchange rate improvement.

OFX can help with all of these nifty strategies.

Banks in Japan love charging their customers pointless fees and will often apply a receiving charge to release the funds to your bank account EVEN IF YOU ARE SENDING THE MONEY IN YEN! Many banks charge a ridiculous ¥3,000 to ¥4,000 to receive yen transfers. And if foreign currency amounts are transferred to yen accounts in Japan, the receiving bank will set the exchange rate to yen—and likely charge you another couple of thousand yen for the conversion.

Shinsei Bank are popular (and unusual) because they tend not to charge receiving fees, while JP Post and SMBC are on the lower end of the fee scale, charging around ¥1,000–¥1,500 per transfer. Most other banks are squarely in the ¥4,000+ bracket.

Some bad news: these amounts don’t include intermediary fees. Most transfers, including those done via Shinsei, use intermediary banks which may or may not deduct handling charges—that’s more money down the tube.

Cheapo tip: If you can specify an intermediary bank with a transfer to a Shinsei Bank account, opt for Citibank Japan Ltd, Tokyo Branch (for yen payments) or JPMorgan Chase Bank, N.A., Tokyo Branch (for USD payments), as they don’t charge fees (or didn’t, last we checked).

If your transfer is from a major international bank to a major Japanese bank, then it should avoid intermediaries and “lifting fees”—just check before you send.

As another possible option, some international share/forex trading brokerages will allow you to deposit and withdraw funds from different countries. Usually share/forex trading accounts offer competitive rates, because in a similar way to drinks being cheap at the bar in a casino, they will make a lot more money off you in other ways.

If you already have a share/forex dealing account set up, then this would be good to look into. If not, have a look at our article on opening share dealing accounts in Japan, but bear in mind it’s a lot of paperwork and complex to set up, so probably only worth considering if you were already thinking of opening an international share dealing account.

Bitcoin bonus: How can you send money to Japan with Crypto?

Firstly, let’s be clear – this is certainly not recommended in any way and I’m including this as an interesting historical anecdote! So with that disclaimer out the way, allow me to recount a little chronicle from days gone by, when I briefly used cryptocurrency as a means of sending money to Japan. By now, you’ve most likely heard of Bitcoin and its Wild West tales of booms, busts and more booms—plus if you were interested early enough, you may have also heard about the spectacular demise of the MtGox Exchange, a company that was based in Shibuya.

Since I’m a bit of a geeky cheapo, I thought I’d see how using Bitcoin to move money to Japan would compare with other means, and before MtGox collapsed, I made several not insignificantly-sized transfers to my Japanese bank account using Bitcoin as an intermediary. To my happy surprise it was quite easy, fairly fast and the rate was reasonably good.

I used a site called Bit Bargain (shut down in December 2020) to buy Bitcoins using a bank transfer from my UK account; I then sent the Bitcoins to my (now evaporated) MtGox account, which I withdrew to my JP Bank account as yen. I was usually able to beat the interbank rate by gambling that I’d be able to catch Bitcoin slightly higher vs JPY than when I started the transaction—since Bitcoin is extremely volatile the price is constantly jittering up and down. But be warned, Bitcoin and cryptocurrencies in general are experimental, mostly unregulated and extremely risky; there are many ways to lose your coins, from price volatility, scams to hacking to just forgetting your password/key.

Of course MTGox is no more – it shut down still owing its customers something of the order of hundreds of millions, or perhaps billions of dollars (if you take current bitcoin prices over Japanese bankrupty law’s valuation of the lost assets), and Bitcoin is still pretty difficult to use — once again I wouldn’t recommend using it for currency transfer! 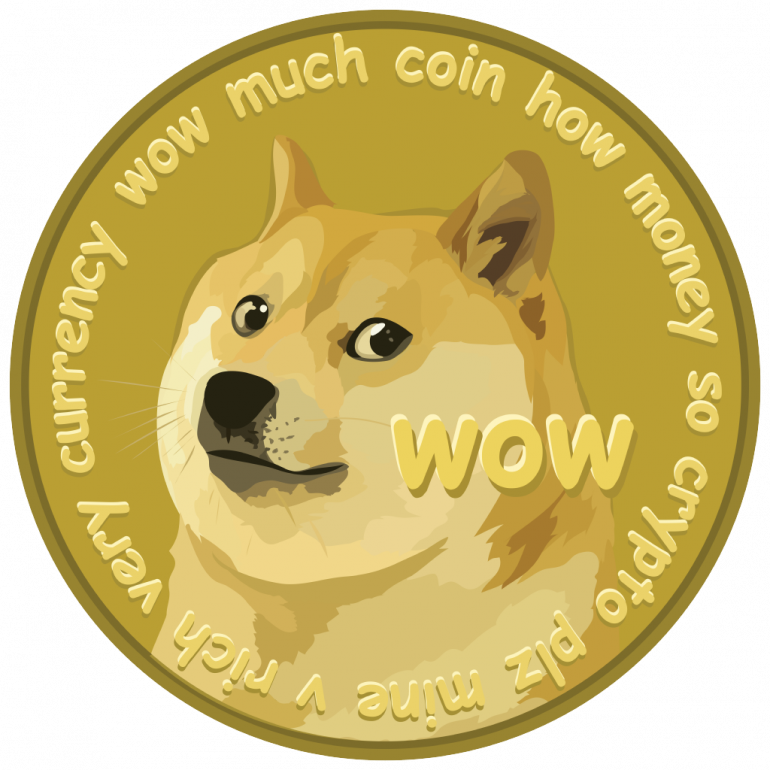 Do you also spend time in the UK? We also have a guide if you’re looking to transfer money out of the UK.

All the information in this article is indicative and we do not endorse any of it. Use all financial services at your own risk. Additionally, this article contains affiliate links. These in no way affect our findings and should not be considered an endorsement.